A guide to Japanese Knotweed – What you need to know. 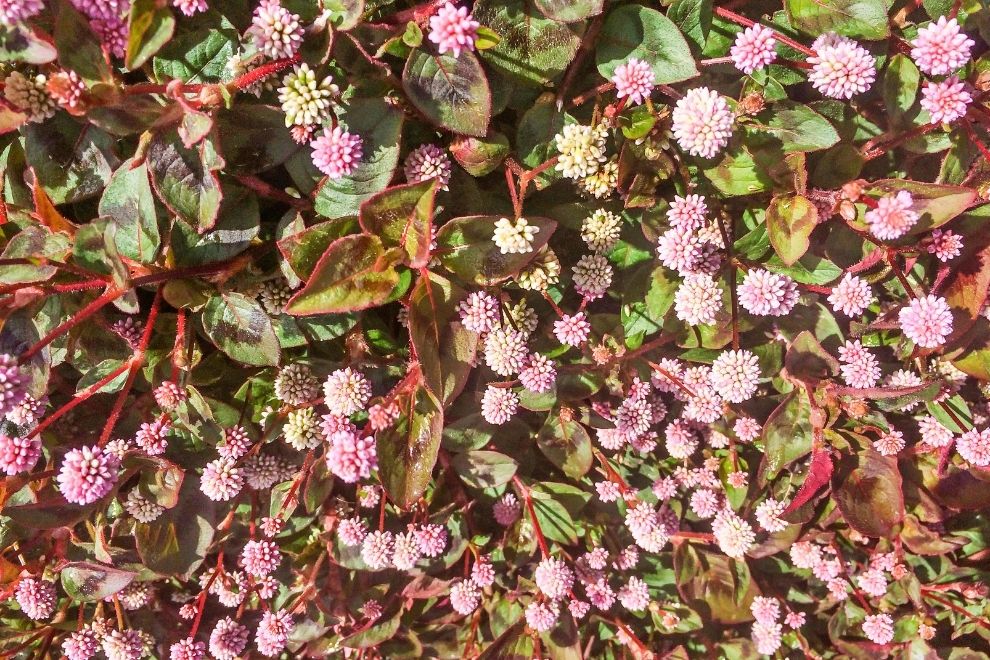 What is Japanese knotweed?

Officially titled Reynoutria Japonica (formally known as Fallopia Japanica), Japanese knotweed is a plant native to East Asia. It arrived in Europe during the 19th century, and unaware of its ability to cause harm it was planted freely. It was even celebrated for its pretty flowers!

Sometimes mistaken for bamboo, Japanese knotweed grows from rhizomes that are situated deep underground. Roots from these rhizomes can spread as much as 3 metres deep and up to 7 metres across. Above ground, the plant can grow up to 10cm a day, reaching heights of 2-3 metres.

But it’s not all bad – the plant can be used to create cattle feed, soup, wine and even ice cream!

Japanese knotweed is believed to affect 5% of homes in the UK. (Source: Environet)

How to spot Japanese knotweed

The appearance of Japanese knotweed varies over the course of the year, as the plant matures through the seasons. It’s often said to resemble asparagus.

Japanese knotweed has a bad reputation in property circles, understandably so. The roots and branches grow at a phenomenal rate and with great strength. Issues include:

Large green leaves block the light of other native plants, dominating the space and thriving whilst pushing out native plants.

Developers dislike the plant because of the high cost of removal. The presence of knotweed requires extensive excavations because of how far-reaching the root system can spread, having to go both deep into the ground and several metres in all directions.

The plant is strong enough to break through weaknesses in decking, patios, concrete, foundations, and even through the flooring of a home in its search for moisture and light.

People have been unable to successfully sell their homes, or their homes have been significantly undervalued where Japanese knotweed is present.

So why is this not a problem in its native Japan? In Japan, the plant is vulnerable to local pests and diseases which have controlled its activity. Some European countries are exploring introducing some of these species to test the effectiveness of reducing Japanese knotweed spreading. Other companies have taken an alternative approach, training dogs to sniff out the plant and root.

FACT: There’s no statutory requirement to remove or kill the knotweed plant. It is, however, the owner’s job to be responsible for it not spreading.

Regulation and liabilities with Japanese knotweed

There are several pieces of legislation that come into force when considering Japanese knotweed:

This covers the spread of non-native species. If found guilty of allowing knotweed to grow and cause problems for others, under this act individuals can be charged with a fine of £5000 and 6 months in prison – or 2 years in prison and an unlimited fine.

Along with the Wildlife and Countryside Act, this act covers the disposal of knotweed. The problem plan can only be taken to landfills licensed to handle contaminated soil. Untreated knotweed is not classed as a hazardous waste, but treated knotweed could be – it is the responsibility of the person collecting and transporting to a licensed handler to get it right.

Police can take action, serving an ASBO against businesses and individuals who don’t control Japanese knotweed when could be reasonably be expected to do so.

In February of 2020, the Law Society made changes to form TA6 s7.8. It is now a requirement for sellers to declare with absolute certainty whether Japanese knotweed is or isn’t present – adding in an “unknown” response.

In order to answer “no” to the presence of knotweed, sellers MUST be certain in saying it is not found above or below ground, within 3m of a property. Because the root system of knotweed can’t be seen and can travel extensive distances, it’s virtually impossible to know it’s not there. Because the seller will be liable for the response given, it’s important that they understand the implications of responses on the form.

The good news, it is possible to treat Japanese knotweed. Options vary in both cost and time involved, with the main routes taken including

This can take several days depending on the size of the area and involves digging out all contaminated soil and root system. Understandably, this makes it the costliest route but also the fastest. Most suppliers offer a ten-year guarantee of insurance.:

In this process, herbicides are applied to the top and underside of the leaves. Absorbed by plant, the herbicides reduce the ability of the plant to regenerate. Whilst significantly cheaper than excavation, it provides a good form of control but there is no way of verifying if the rhizomes are completely dead.

This involves preventing regeneration by taking herbicides and injecting them directly into the stem system of the plan. The benefit over foliar spray is that there is less chance of transmission of the herbicides onto neighbouring plants. This will also provide good control, but no guarantee of complete eradication.

Both foliar spraying and stem injection require the land to lie dormant for several years, making it unavailable to landscaping.

Whilst surveyors will take every measure possible, given the distances the root systems can travel underground it’s hard for surveyors to confidently identify what’s in the area of a property. It would require gaining access to multiple surrounding properties, over significant periods of time, to be certain of spotting the plant in all of its growing stages. The plant is especially difficult to spot in the very early stages of growth, and in the winter can easily mistaken for looking dead.

What we do know is that when surveyors have confirmed the presence of Japanese knotweed, the valuation can be reduced by significant amounts. It’s common practice to offer a number of valuations based on the various method for eradicating the plant, due to the time taken for the different methods to take effect.

The policy is available for both residential and commercial properties, up to 0.5 acres in size and offers an indemnity limit of £20,000.

A hybrid plant formed from Japanese knotweed and Giant knotweed, this plant behaves similarly to all the information we have discussed here but more aggressively. Achieving growth of 2-3 metres per day, with larger leaves and spread through the air in addition to contact, the plant is a significantly more vigorous variant.

The good news is that it’s also covered by our Japanese knotweed policy, so we have you covered!