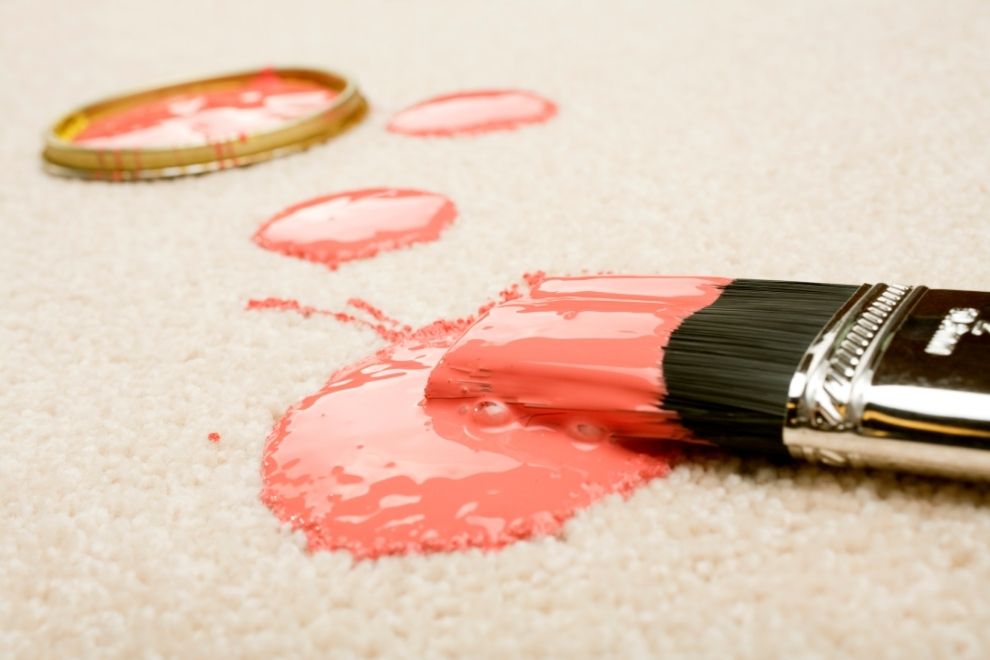 The latest investigation from Admiral home insurance has revealed that decorating is the DIY activity most likely to result in an accidental damage claim, accounting for 65% of the total DIY-related claims.

Analysis of the insurance giant’s data from the last five years1 found decorating took the top spot as the most common type of claim, well ahead of other DIY activities including drilling which came in second place (10%), followed by lighting (6%) and fixtures and fittings (5%).

Homeowners who redecorate often caused havoc around the home, with 74% of decorating related claims being for accidentally spilling paint.

Further analysis of Admiral’s data revealed that accidental damage claims accounted for 47% of all home insurance claims between 1 April 2020 and 31 March 2021, 17% higher than the same time period for the previous year2.

As lockdowns have seen an increase in homeowners undertaking more DIY projects, Admiral is reminding homeowners to take extra care to reduce the risks of accidents and costly claims.

When it comes to the areas where the most DIY-related accident claims occur, Scotland came top accounting for 15% of the total claims, closely followed by the North West of England (13%).

While some DIY tasks such as decorating are cosmetic, others are necessary to keep the home in good working order. Worryingly, Admiral found that some maintenance tasks that are recommended to be completed regularly around the home are being missed altogether, meaning the safety of people’s homes could be at risk.

More than two fifths (44%) of homeowners said they didn’t think they’d EVER had an electrical safety check, a job that’s recommended to be completed at least once every ten years. Failing to have an electrical safety check means homeowners run the risk of living in a property with faulty wiring, plug sockets, fuse boxes and light fittings which could spark and cause electric shocks

Meanwhile, over a fifth (22%) of homeowners admitted they had NEVER cleared out their gutters or drains – something that could result in a more costly claim following a storm.

A further 16% confessed their boiler has either never been serviced or was serviced so long ago they couldn’t actually remember when, despite it being a job that is recommended to be completed annually. Forgetting to regularly service and maintain the boiler could result in a full failure and breakdown which, without the right insurance in place, could cost homeowners between £150 to £400 on average to repair4.

Failing to properly fix an issue in the home or ignoring a problem like a water leak could lead to further damage and costly claims, warns Admiral.

Analysis of Admiral’s data shows that the number of escape of water claims increased by 63% since 2017, compared to 2020.

The insurer also found the most common type of escape of water claim from the last four years5 is burst pipes which accounted for 63% of all claims. This can be caused by a blocked pipe, toilet or water pump in the home as the blockage increases the water pressure which can cause the pipe to expand, crack or burst6. The second most common cause of an escape of water claim is underground drains accounting for 14% followed by underground pipes which cause 12% of them.

Although some DIY maintenance tasks should be left to the professionals, there are certain jobs that homeowners could tackle themselves at very little cost to make sure their home is well maintained, comfortable and more importantly, safe to live in.

Homeowners could also make some substantial savings by fixing the simpler DIY tasks like mending a dripping tap or unblocking a drain themselves, as a plumber can charge up to £50 an hour or £347.50 per day, on average, for their services7.

The insurer has produced several videos which show homeowners how to complete certain DIY checks around the house including:

Admiral has also created some top tips to help keep your home leak-free:

Many people are also unaware of a link between keeping their property in good working order and the potential impact on their home insurance, with only 23% accurately agreeing that not completing regular home maintenance tasks could affect a claim. Most home insurers require customers to keep their property well maintained to be able to make a claim as general wear and tear aren’t covered.

More than one in ten (14%) believe home maintenance and insurance were unconnected, and 40% confess they’d never even considered the connection.

Noel Summerfield, head of home insurance at Admiral, said: “Over the past year, many homeowners have taken advantage of the stay-at-home rule to tackle those long overdue DIY tasks. However, our data shows that almost two thirds of DIY related home insurance claims from the last five years were a result of decorating mishaps.

“While many homeowners will have lots of confidence to tackle painting and decorating, it’s important to take extra care to avoid unnecessary accidents and costly claims.

“We’ve also seen that other essential home maintenance tasks like boiler servicing and electrical safety checks are being ignored, putting households at risk. We’d recommend that homeowners take the time to understand what regular maintenance checks are needed to not only keep their home in good working order but to make sure the property is a safe place to live.”