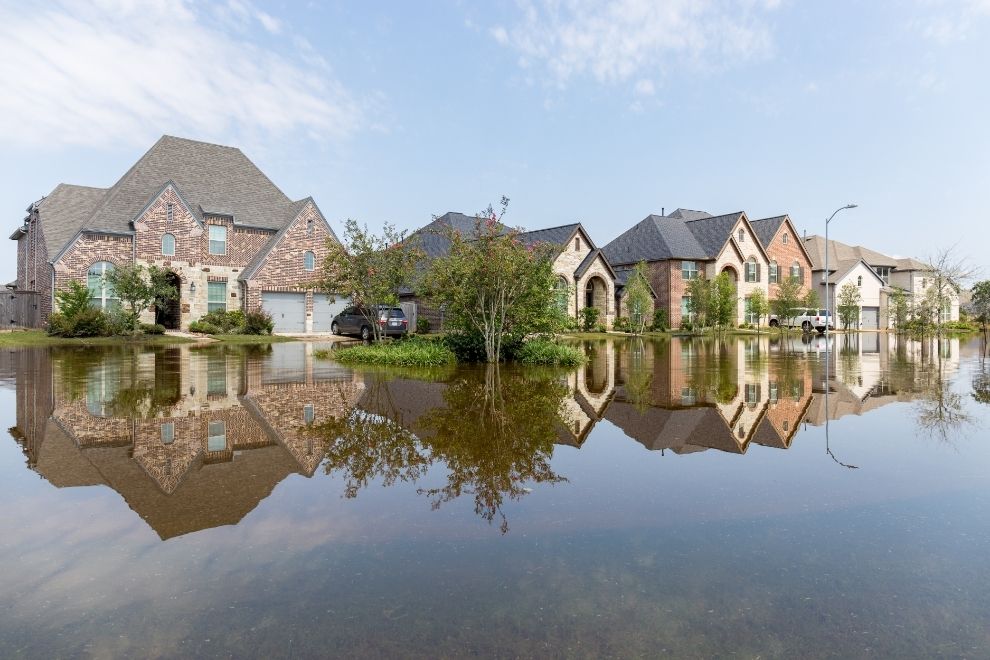 Homebuyers are being left in the dark over their true exposure to flooding as official maps[i] understate the flood risks properties face, it has been claimed.

In the rush to beat the stamp duty deadline, homebuyers are being urged not to cut corners on flood checks amid concerns almost 530,000[ii] properties face a hidden flood threat.

Insurer Zurich, which carried out the analysis, claims households could be more exposed to flooding than they may think due to the official language used to communicate flood risk.

The Environment Agency currently reports flood risk based on the chances of an area flooding in any one year.  It rates homes with a so-called 1 in 100-year to a 1 in 30-year chance of flooding as being at “medium” risk.  This means there is a 1% to 3.3% chance of a flood occurring in any single year.

But Zurich has warned that when viewed over a typical 30-year mortgage, this equates to a 26% and a 63% likelihood of being flooded once in that period – a far greater risk than the current terminology suggests.

Zurich said this could leave homebuyers with a misleading impression of their flood risk and lull them into a false sense of security. There are 446,800 homes and 82,100 non-residential properties in England deemed to be at “medium” risk of flooding.

Kumu Kumar, Head of Zurich Resilience Solutions, the insurer’s risk engineering arm, said: “Predicting flood risk isn’t a perfect science.  While Environment Agency maps are a useful guide to flood risk, they can downplay the dangers some properties face.  Amid the rush to complete sales ahead of the stamp duty deadline, it is important buyers don’t skip crucial checks to assess whether a home is in danger of flooding. As surveys aren’t required to show the risks, the onus falls on buyers to find out whether a home lies in an area at risk of flooding.  Buyers need to scrutinise the detail – or they could be hit by unexpected flooding.”

Mary Dhonau, a flood resilience campaigner and expert, who has herself been flooded, said: “I cannot emphasise enough how important it is to investigate the flood risk before a property is bought. I know of so many people who have been caught out. My recent research has shown me that the 1:100 term is not understood. People have said to me that they flooded twice, once in 2009 and again in 2015. They didn’t expect to flood in 2015, as they’d been told that the 2009 flood was a 1:100-year event.”

Kumar added: “As climate change intensifies the frequency and severity of extreme weather, it is vital that people can assess the true flood threat they face.  The term a 1 in 100-year flood can give the misleading impression that a flood occurs once every 100 years – when in fact the risk is much higher.  With a more accurate understanding of their flood risk, people can better prepare for extreme weather and make changes to their property to withstand flooding.  The current approach for expressing flood risk is unclear and could lead people to conclude a property is safer than in fact it is.  The Environment Agency should consider what more it can do to help people understand their flood threat. This could include expressing flood risk as a percentage over the typical lifetime of a mortgage.”

The UK has been hit by a series of severe floods in recent years. Five million people in the UK live in flood prone areas and one in six homes are at risk.

Earlier this year, Zurich announced it is offering free counselling to customers hit by flooding as it warned of the devastating impact of extreme weather on mental health.