Cyber-attacks – How vulnerable are you? 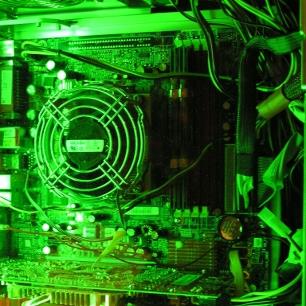 Cyber-attacks are on the increase, affecting businesses and private individuals. So, what are the nature of the attacks, how vulnerable are your home gadgets and what can you do to protect yourself?

In June 2017, malware known as NotPetya took out businesses across the world, from shipping ports and supermarkets to ad agencies and law firms. It quickly became apparent that this destructive programme worm, masquerading as Petya ransomware, was designed to spread fast and cause damage rather than make money, as the mechanism to collect ransoms quickly disintegrated.

The ‘WannaCry’ ransomware attack in May 2017 targeted organisations around the world, including NHS Trusts in Britain. This attack took advantage of outdated Microsoft software that hadn’t been updated and patched (a patch is an online mechanism released by software companies like Microsoft to repair and fix problems) for security. But what would happen if devices had no in-built security or could not be patched for security?

With an estimated 22.5 billion devices due to be connected to the Internet by 2021, the Internet of Things (IoT) represents a very real threat, providing hackers with increasing opportunities to hold devices to ransom. Smart thermostats, self-drive cars, baby monitors, television and toys have all been found to be hackable. Earlier this year, parents in Germany were advised to destroy the Cayla Doll because it was vulnerable to attack.

While research is taking place into future security implications, many poorly protected devices are already in our homes, some obsolete, some with no in-built security and some with a default factory-generated password. Many are vulnerable to a Distributed Denial of Service (DDoS) attack, where a network resource is made unavailable to the user by disrupting the services of a host connected to the internet. Such an attack brought down the Dyn Domain Name Service in 2016, preventing users from accessing Twitter, Netflix and Facebook for some hours.

Awareness of the threat is the first step, but you can considerably lessen your vulnerability to attack by taking some basic precautions:

You may also consider taking out a cyber risk policy, designed to help you manage and control the impact of an attack, typically covering you against computer hacking, computer viruses and identity theft.

To ensure you are fully protected against cyber attacks or to find out more information about a Cyber Policy, please contact us on Tel No;01392 426046 or email; amy@northcottbeaton.co.uk